P.O.D
Payable on Death is an American Christian metal band formed in 1992 and based in San Diego, California. The band’s line-up consists of drummer and rhythm guitarist Wuv Bernardo, vocalist Sonny Sandoval, bassist Traa Daniels, and lead guitarist Marcos Curiel. They have sold over 12 million records worldwide.
From Ashes To New
From Ashes to New is an American rock band from Lancaster, Pennsylvania. The band’s lineup has frequently shifted, vocalist/keyboardist/guitarist/bassist Matt Brandyberry being the founding and sole constant member. The band has released three studio albums, Day One, The Future, and Panic.

Payable on Death (abbreviated P.O.D.) is a Christian nu metal band formed in 1992 and based in San Diego, California. The band's line-up consists of vocalist Sonny Sandoval, drummer and rhythm guitarist Wuv Bernardo, lead guitarist Marcos Curiel, and bassist Traa Daniels. They have sold over 12 million records worldwide. Over the course of their career, the band has received three Grammy Award nominations, contributed to numerous motion picture soundtracks and toured internationally. With their third studio album, The Fundamental Elements of Southtown, they achieved their initial mainstream success; the album was certified platinum by the RIAA in 2000.

From Ashes to New 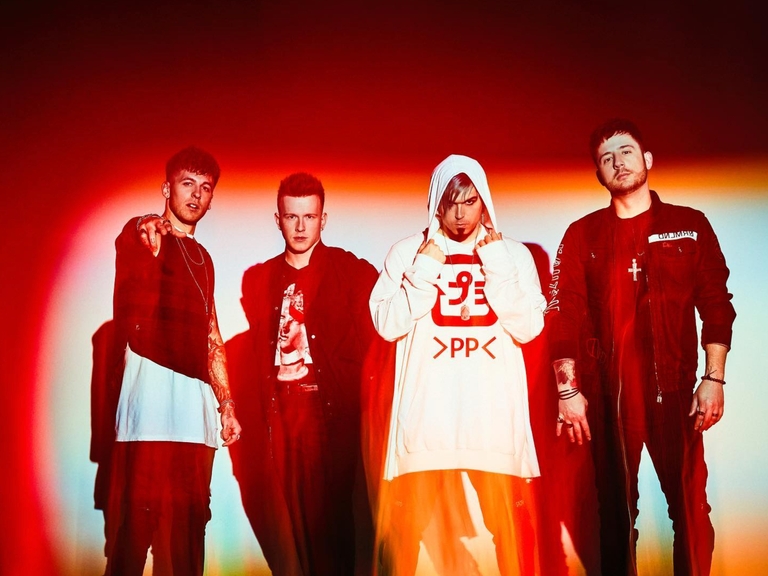 From Ashes to New is an American rock band from Lancaster, Pennsylvania. The band's lineup frequently shifts, vocalist Matt Brandyberry being the founding and sole constant member. The band has released two studio albums, Day One (2016) and The Future (2018), and has found success with some of its singles, including "Through It All" and "Crazy", which have reached number 6 and 3 respectively on the Billboard Mainstream Rock Songs chart. From Ashes to New was formed in 2013 in the Lancaster area of Pennsylvania. In 2015, they released a second extended play, Downfall, as a taste of their debut album, set to be released in 2016.

With its humble beginnings in the dark safety of the recording studio, creating epic theatrical rock for games, movies and trailers under the banner of “BATTLE ROCK”, the band ALL GOOD THINGS was born. Touring musicians, producers, songwriters, artists and friends- this group of seasoned music industry players began the project for the simple pleasure of making music together, but stumbled upon a sound and an energy that quickly went viral. All Good Things music has been featured in TV, film, gaming, live sporting events and advertising all over the world. They have hundreds of thousands of social media followers across YouTube, Facebook and Spotify, have hundreds of millions of views on YouTube for lyric and audio videos alone, and stream to near 80 thousand listeners a month on Spotify. All Good Things has legions of fans in Poland, France, Australia, USA, Brazil, Norway, Germany, and growing across the globe. Featuring vocals from Dan Murphy (The Goodnight, Aftershow, Bad Things/Shaun White), Joe Pringle (Neon Hymns, Cruickshank, Tiesto), Phil X (Bon Jovi, Rob Zombie, Halestorm), Liz Hooper (Avril Lavigne, Britney Spears, Liz Phair, Jason Mraz) and Adam Longland (The Matrix, Katy Perry), All Good Things marries gritty and driven lyrics with an emotional rollercoaster of music from Andrew Bojanic (Avril Lavigne, Liz Phair, Jason Mraz), Miles Franco (The Goodnight, The Gutter Daisies) and Phil X on guitars, Liz Hooper on bass, and drummers Randy Cooke (Ringo Starr, Ian Gillan, Five for Fighting, Red Light King) and Tim Spier (Kyle Gas Band, Say No More, The Goodnight) With big hooks, heart palpitating tracks and lyrics that drive you to “Get up”, “Fight’ and “Never Surrender”, All Good Things have inspired a grass roots, super loyal fan base that continues to grow daily. 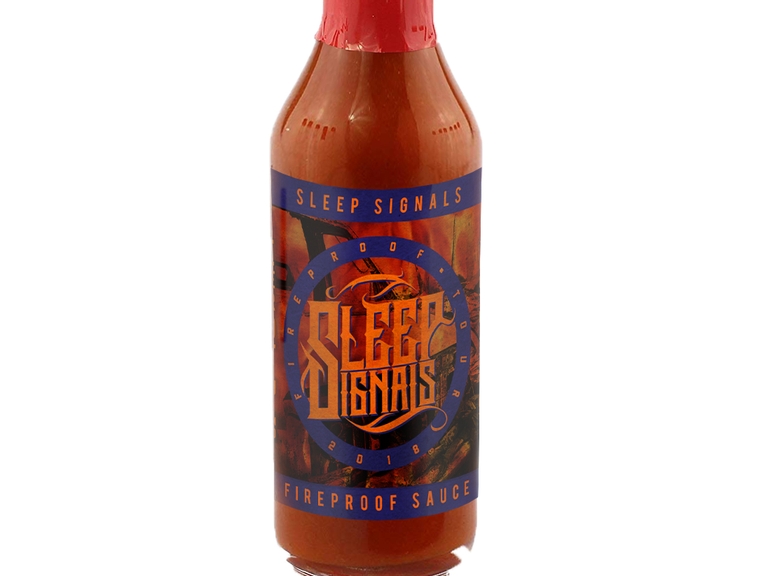 Minneapolis hard rock quintet, Sleep Signals, have garnered a dedicated following through relentless touring, their explosive live performances, and their ability to blend catchy hooks with their high-energy songwriting style. 2017 continues to be a huge year for Sleep Signals, which started with the release of their new single, "I'll Save You", on 1/27/17, along with an accompanying music video that was premiered by Vevo. The single was produced by Grammy-nominated producer, Justin Rimer (Saving Abel, 12 Stones). The band followed up the single returning to the studio with Justin Rimer to finish up their new album, "At the End of the World", which dropped 9/7/17, and features guest appearances from Marty Mccoy of Bobaflex and Josh Brown of Full Devil Jacket. A music video for the single, "Drive", picked up 40k views in the first two days of being released. Founded in 2014, the band hit the road in early 2015 and has since played over 175 shows in 26 states, sharing the stage with bands like Seether, In Flames, Saving Abel, Bobaflex, Ill Nino, The Dillinger Escape Plan, Every Time I Die, Alesana, Volumes, Capture the Crown, The Browning, Letters From the Fire, and 3 Pill Morning. Sleep Signals released their second EP, "Transitions", in early 2016 and followed it up with US tours with heavy hitters Screaming for Silence and Lydia Can't Breathe. The band has played several festivals including Northern Invasion, SXSW, and Heart of Texas Rockfest.