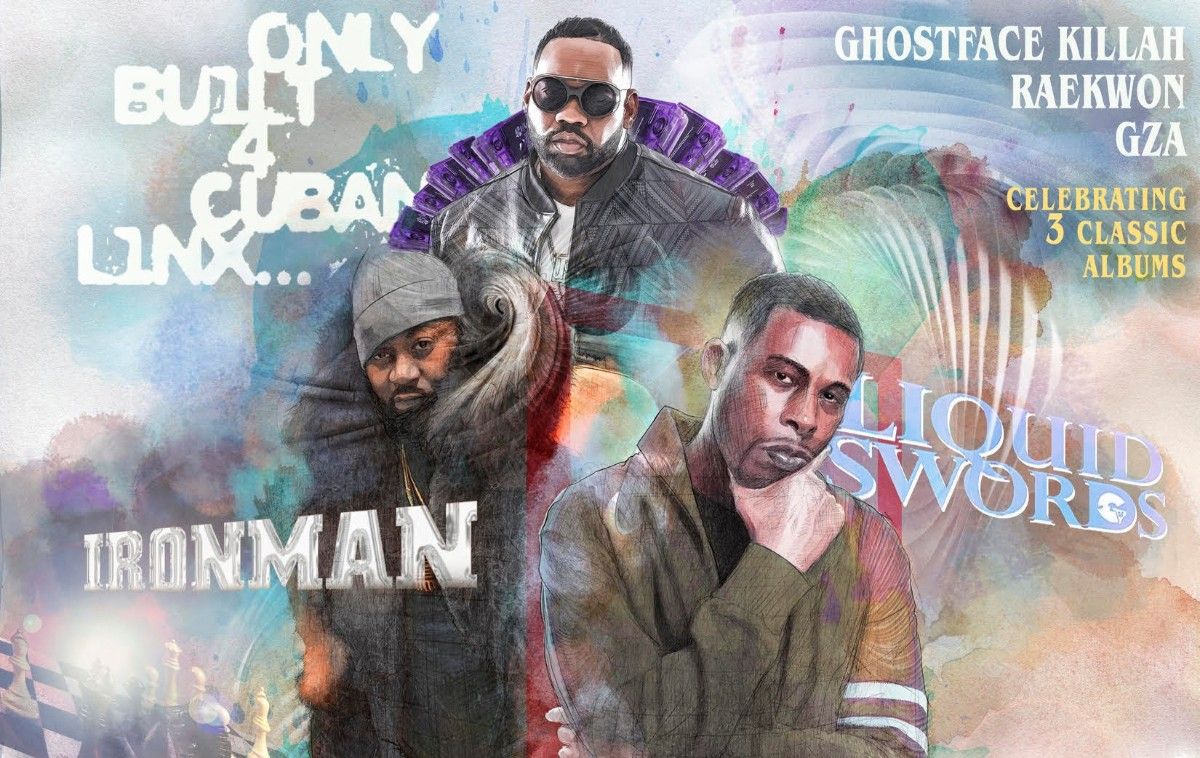 ABOUT THE ARTISTS
Raekwon (/reɪˈkwɒn/), is an American rapper and a member of Wu-Tang Clan. He released his solo debut Only Built 4 Cuban Linx… in 1995 to universal critical acclaim. He has since recorded numerous solo albums, as well as continuing to work with Wu-Tang and providing an extensive number of guest contributions to other hip hop artists’ works. He is the founder of his own label ICE H2O Records.

Ghostface Killah, is an American rapper, songwriter and actor and lead member of the hip hop group Wu-Tang Clan.[6] After the group achieved breakthrough success in the aftermath of Enter the Wu-Tang (36 Chambers), the members went on to pursue solo careers to varying levels of success. Ghostface Killah debuted his solo career with Ironman, which was well received by music critics, in 1996. He has enjoyed continued success in the years that have followed, releasing critically acclaimed albums such as Supreme Clientele (2000) and Fishscale (2006). His stage name was taken from one of the characters in the 1979 kung fu film Mystery of Chessboxing.[7] He is the founder of his own record label, Starks Enterprises.

GZA (/ˈdʒɪzə/ JIZ-ə) and The Genius,[3] is an American rapper and songwriter. A founding member of the hip hop group the Wu-Tang Clan, GZA is the group’s “spiritual head”, being both the first member in the group to receive a record deal and being the oldest member.[4] He has appeared on his fellow Clan members’ solo projects, and has maintained a successful solo career starting with Liquid Swords (1995).